THE HISTORY OF THE BRITISH DEER SOCIETY

The British Deer Society was founded in 1963, having started life as the Deer Group within The Mammal Society.

It had become clear in the years following the Second World War that wild deer were more numerous than had previously been thought and were damaging post-war agricultural food production. Deer control was haphazard and some of the methods used to keep numbers down would now be considered inhumane. Many animals were left injured and deer were often killed regardless of species, age or sex. Orphaned offspring were common as there was no close season to protect nursing females. As the Deer Group grew, the breadth of its activities expanded beyond the remit of the parent body to include conservation and lobbying, and the group became the independent British Deer Society in 1963.

BDS members were able to influence the wording of the Deer Act in England & Wales, which was adopted in 1963 and resulted in the bringing in of close seasons and other measures to promote deer welfare and humane deer management. BDS was involved in the drafting of further legislation, including the Deer Act 1991, subsequent reviews of the Act, and European directives on game meat handling and hygiene.

The aims of the Society have changed little over the years, developing its charitable remit to promote conservation in balance with the environment, through a programme of education, research, lobbying, deer management training and publishing the Society journal ‘Deer’. This has earned it wide respect and recognition internationally as well as across government, the deer Industry and with the public at large. It attends shows and organises events across the country seeking to fulfil its remit and raise funds to pursue its aims. 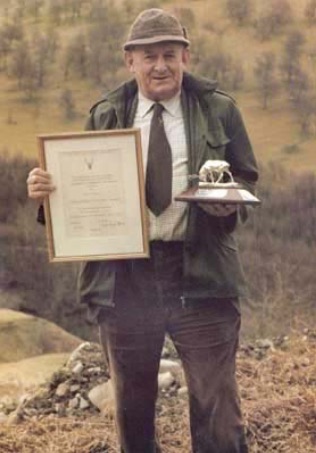 Four decades of work for the welfare of deer. A Personal View and Memoir by Founder Member Peter Carne.

Includes chapters about the birth and early days of the society, when the society ‘went professional’, its Royal Patronage and evolving and adapting with modern times.

Available as a free PDF document.