Many stalkers and deer managers may be unaware that some of the Approved Game Handling Establishments (AGHEs) have announced that with effect from August 2021 they will no longer buy venison shot with ammunition containing lead. Furthermore, the National Game Dealers Association (NGDA) announced that from 1st of July 2022 they will be lead free.   Smaller game dealers are also likely to adopt a similar position, although at present carcases intended only for personal consumption by the stalker or their household are not subject to such restrictions.

This means that many stalkers who shoot higher numbers of deer and rely on an outlet for carcases have just three months to source and test a viable lead-free alternative, a task made all the more difficult due to misinformation and scepticism on social media.

It is stressed that there is as yet no legal requirement for deer to be shot using lead-free ammunition, and it is necessary to recognise that it is commercial forces that are largely driving the changes. However, the UK Government is considering a ban on lead ammunition as part of plans by the UK’s new chemical regulation regime, UK REACH.

The subject is certainly not straightforward and individual research on both appropriate ammunition and rifle calibre is important. In addition, lead-free ammunition is currently in short supply throughout the UK and, as a result, some stalkers may find it difficult to make a transition to lead-free ammunition by the August deadline.

The choice is between copper, gilding metal or brass (known as mono-metals), and the accepted wisdom is to adopt a lighter and faster bullet in order to achieve the same efficacy. The choice of the most suitable non-lead bullet for the quarry is another variable to be considered when selecting new ammunition.

Many stalkers, including BDS staff and trustees, are already using home or commercially loaded lead-free cartridges from a number of manufacturers with complete confidence in the effectiveness and legality of both the bullets and the loads available.

Deer welfare is at the heart of everything we do in BDS and any changes to ammunition that may affect the management of deer should be tried and tested before any final decisions are made.

It is also worth being aware that deer shot with non-lead ammunition may not react in the same way as with lead, and as always, stalkers are advised to always check thoroughly if a miss is assumed. 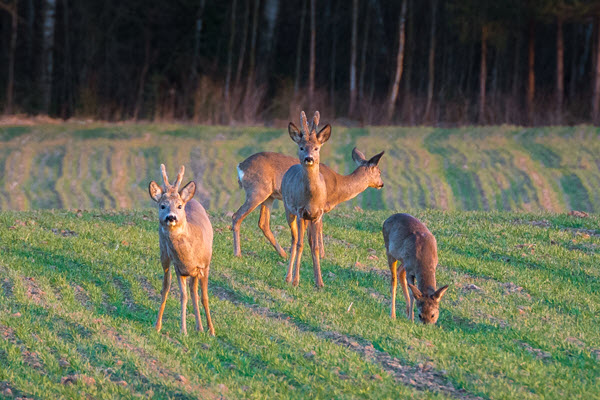