A sad report has reached BDS, posted on Facebook by Wild Side of Jura, where a stag had been discovered tangled up in a mass of plastic banding. It seems likely he came across the banding on the west coast of Jura whilst grazing seaweed on the shore.

The stag managed to make it a mile up from the shore, no mean feat considering it was tangled around his back leg as well as around his antlers.

Plastic waste is a global problem and on Jura more is turning up every year on the west coast. It presents a risk to wildlife including deer both externally when deer become trapped like this stag and internally where consumption of plastics can lead to starvation and death. 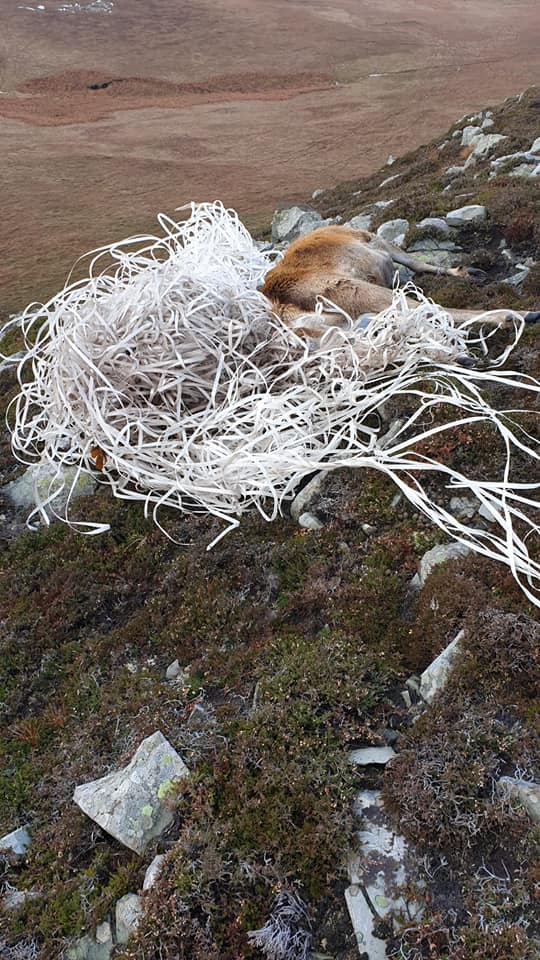 Wild Side of Jura - Facebook Page
Fencing Hazards and Deer