Vincent Balfour-Browne, was a founding member of the British Deer Society. He was a keen deer stalker and one of the finest Scottish sporting and wildlife artists. He is known to excel in producing highly evocative works that give a strong sense of weather and the natural environment. Balfour-Browne also worked as an illustrator, contributing to many sporting books.

The highly prestigious Balfour-Browne trophy is awarded annually in alternate years by the BDS and Forest Land and Estates (formerly Forestry Commission, Scotland). The magnificent stag sculpture was originally donated in memory of Vincent Balfour-Browne (Scottish artist 1881 – 1963) by his sister, to be awarded for demonstrating excellence in or making a valuable contribution to the better management of the UK’s deer. 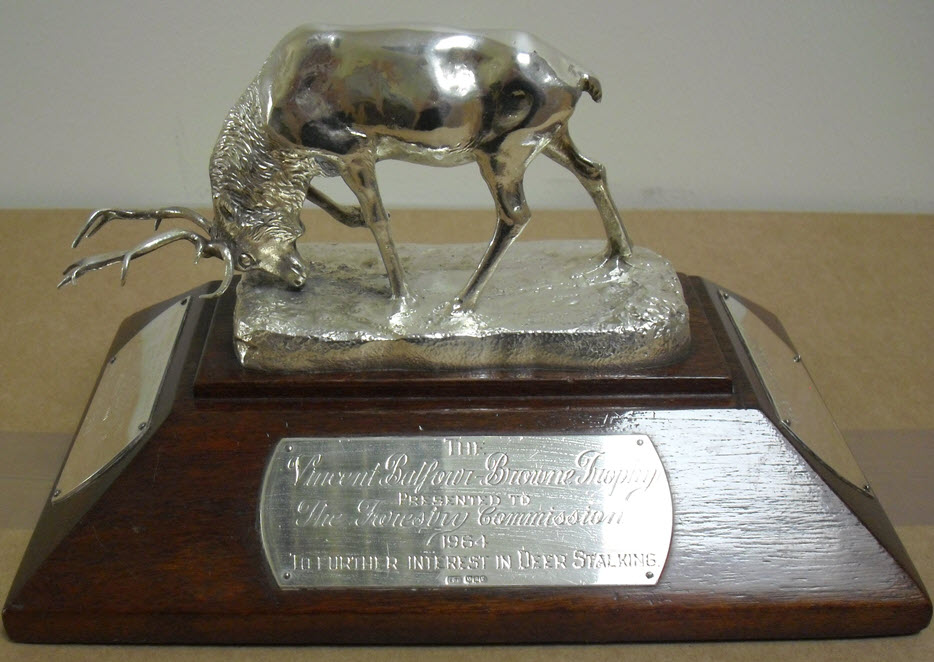