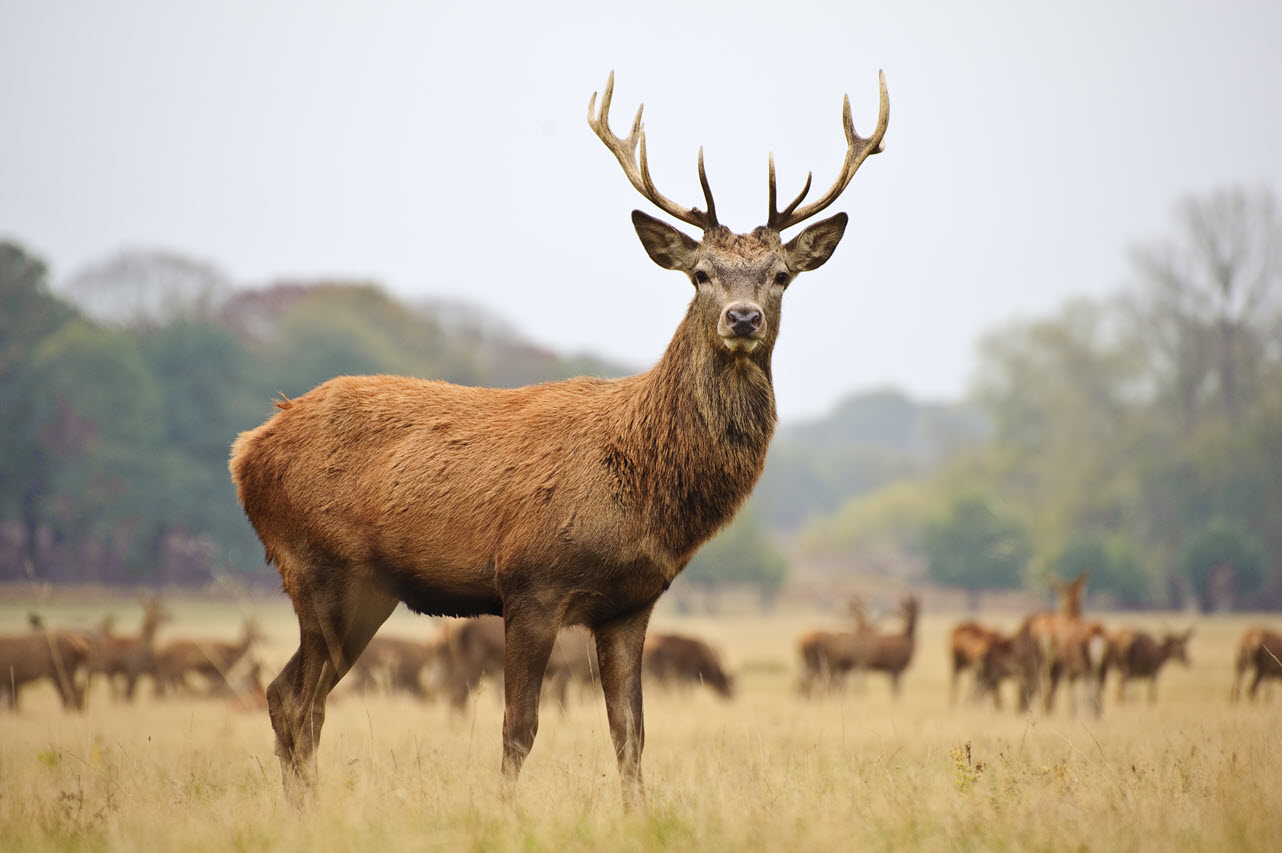 Dog Attacks on Deer
The British Deer Society is concerned about the increasing instances of dog attacks on deer. This page looks at these attacks, the law and how these can be prevented. Photo by: Matt Gibson
FIND OUT MORE

Dog attacks on deer can result in severe injuries and no alternative but to euthanise the unfortunate animal. Reports have become all too frequent involving both wild deer and those enclosed in parks and other public places.

Very often the dog’s owner is shocked and surprised that their normally docile pet could behave in this way. They may even have been unaware of the real dangers that allowing their pet to chase deer can cause.

Even the most placid of domestic dogs can be triggered by the sight of a running deer or other animals into behaving outside their normal character. This is true no matter how well trained or reliable they are at other times.

Once in full pursuit, their owner is often ignored and the dog can run completely out of control as its hunting instincts take over.  It may be lost from sight in a very short period of time as the pursuit continues.

Even if the target animal is not caught, the act of being chased can cause the deer detrimentally high levels of stress.

Particular care should be taken to keep dogs under close control when walking them in places where deer, other vulnerable wildlife or farm stock are known to be present.

This is especially important between the months of May and August when the newly born young of most deer species are likely to be left alone while their mother feeds (though muntjac fawns might be encountered at any time of year).

When their young are threatened, parent deer can overcome natural fears and be unusually defensive of them; their flailing forefeet are sharp and can cause serious injuries.

Another key time to be aware of is during the annual deer rut, which for the larger deer species takes place mostly around October and November. Adrenaline-filled stags (and especially those in parks) are more likely to stand their ground, rather than flee and can defend themselves vigorously with both antlers and feet.

The key to preventing the indiscriminate chasing of deer and any resulting attack is to remain in full control of your dog at all times.

The British Deer Society strongly recommends that however well trained they are considered to be, dogs should be kept on leads in all places where deer or other sensitive species might be present.

Injuries to animals caught and mauled by dogs tend to be to the rump and legs initially; once the target animal has been pulled down or immobilised, the dog may then concentrate on the neck, shoulders and belly.

The dog attack can be relentless.  Even smaller dog breeds can cause extensive damage and if more than one dog is involved, the effects of an attack can be even more severe.

Sadly by this point, even if intervention is possible, the resulting injuries may be so traumatic that the deer is beyond veterinary help.

The Risks of Intervention

Attempting to intervene in a dog attack can be dangerous to bystanders, who may receive indiscriminate bites from any dog, irrespective of its size or how docile or friendly it might be under normal circumstances. In some cases, a frenzied dog might even turn on the rescuer.

Dog owners should be aware that if their dog bites anyone, a prosecution under the Dangerous Dogs Act 1991 can result in a custodial sentence for the owner.  In addition, a deer in extremis can scream loudly, and the sight and sound will cause serious distress to onlookers.

Deliberately encouraging a dog to chase deer is an offence under the Hunting Act 2004 which, in broad terms, forbids the hunting of wild mammals (notably deer, foxes, hares and mink).  The Wild Mammal (Protection) Act 1996 might also apply wherever deliberate cruelty is intended.

As far as unintended pursuit is concerned, the Dogs Act 1871 still allows for civil proceedings against the owners of dogs that are dangerous and not kept under proper control.  The ‘dangerousness’ alleged can be towards people or animals and the legislation applies to incidents in both public and private places.  Under it, a court can order the dog to be destroyed and demand that the owner of a dog pays the costs of bringing the application.

The law considers captive deer, such as those kept in parks and farms etc, as property in much the same way as livestock and is different to that covering wild-living animals.  In such cases the penalties involved can be more severe, and the owner of the deer has wider options regarding the immediate action they can take to prevent an attack.